10 Amazing Facts about the Tasmanian Devil

Tasmania · About Outdoor Activities
Move over, cuddly koalas and cute kangaroos. Meet the Tasmanian Devil.
No, not the Looney Tunes cartoon character that travels like a spinning top, drooling, snarling and terrorizing Bugs Bunny's friends. The real animal, found in the wild only in one state Down Under.
In Australia's collection of one-of-a-kind creatures, the Tasmanian Devil is a stand out member. So between photo ops with koalas, and watching kangaroos hopping through wildlife parks, head to Australia's southern, island state, to get to know the Tasmanian Devil.
It's a keystone species in Tasmania and the symbol of many organizations in the state. We visited a wildlife sanctuary only a half-hour's drive from Hobart, the capital of Tasmania, and discovered amazing things about Tasmanian 'Devils'. 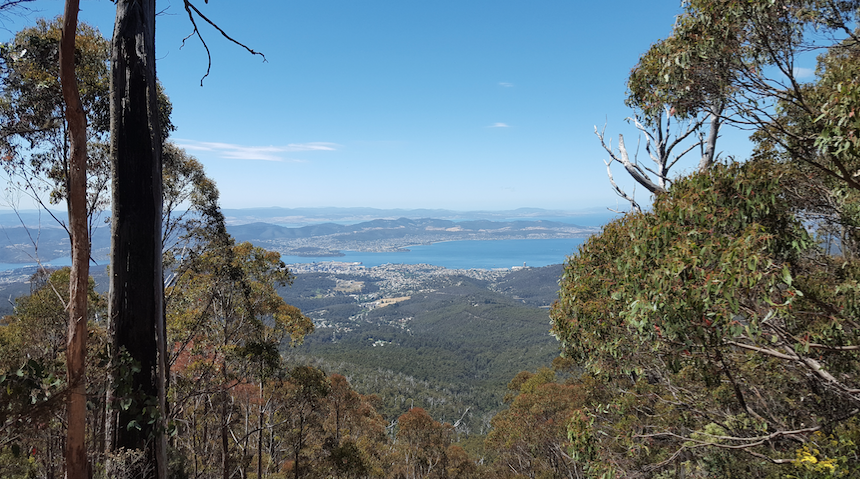 By: Lynn Elmhirst, Producer/ Host, BestTrip TV
1. Cute and cuddly they are not. Tasmanian Devils look a bit like bear cubs, or like a big-boned small-ish dog at under 30 pounds fully grown. When they're not aggressive, they look a bit sweet. But I had a chance to touch a baby being raised at the sanctuary, and even so young, its fur was like coarse bristles. And they are not sociable or friendly, living alone and coming out at night.
2. They smell bad, too. Tasmanian Devils have a 'scent gland' used to mark territory with very strong and repulsive scent.
3. They have a great naming story. Tasmanian Devils are aggressive if they feel threatened or are competing for food. They bare teeth, lunge, and emit loud, blood-curdling shrieks in the dark hours that made early settlers imagine demons had surrounded them in the wilderness. That's how they were dubbed Tasmanian 'devils'. (Check out this video to hear Tasmanian Devils screeching).
4. Their oversized heads have incredible jaws that can open to 80 degrees wide! and deliver the strongest bite for its size of any mammal in the world. They have the power to bite through thick metal wire! The staff at the sanctuary joked to keep fingers away from the babies' mouths; even at that size and age, if they'd bitten onto our hands, 'they wouldn't stop til they reach your elbow'. Possibly a joke to make the point, but it paints a picture of:
5. The world's largest carnivorous marsupial. (Marsupials are mammals that carry their newborns in pouches). Tasmanian Devils eat only meat: they hunt birds, snakes, other mammals up to the size of small kangaroos, but they also eat carrion – dead animals. They put those tremendous jaws to good use, eating 'pretty much anything they sink their teeth into', crushing and ravenously ingesting even the bones.
6. Even a Tasmanian Devil's teeth are unique. They have the same number of teeth as a dog - 42 – but unlike dogs, a Devil's teeth grow continuously throughout its life, contributing to its phenomenal ability to consume bones of its prey.
7. Like all marsupials, Devils store fat in their tails, which thicken up (like humans' waistlines!).
8. Although Tasmanian Devils once thrived throughout Australia, now they are native only in the island state of Tasmania. There, they have adapted very well to a variety of environments in Tasmania, from coasts to forests to even suburbs. So rather than environmental change, it's believed their extinction on Australia's mainland can be blamed on the arrival of dingoes – which never spread to Tasmania to threaten the Devils.
9. It wasn't all smooth sailing for Tasmanian Devils in Tasmania, either. Those settlers who christened the 'Devils' mistakenly believed they killed livestock (a theory which has now been debunked) and hunted and poisoned them nearly to extinction, until the government stepped in to protect them in the 1940's. 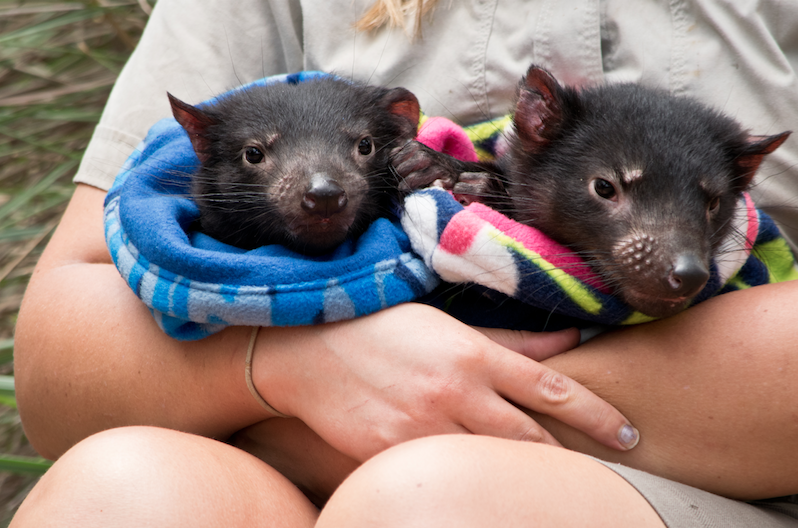 10. The Tasmanian Devil population rebounded, but today, they're in danger again. Not from angry farmers. Tasmanian Devils adapted to modern life, with these carrion eaters finding a new food source in the form of roadkill … except these black animals eating roadkill at night are invisible to oncoming traffic, and they, too are killed in great numbers on roads. In addition, a catastrophic facial tumor disease is spreading through the population. The tumors build up in affected animals' mouths and stop them from eating, and they eventually starve to death. Tens of thousands of Tasmanian Devils have died since the disease appeared in the late 90's.
Since 2008, Tasmanian Devils have been listed as endangered. Wildlife sanctuaries attempt to save and raise young in the pouches of mothers killed on the roads, and programs are isolating and breeding populations unaffected by disease.
Devils are also being sent abroad to partner international zoos to contribute to population insurance programs for Tasmanian Devils too.
You can see Tasmanian Devils in some zoos – but better yet, by visiting and supporting a sanctuary on their home turf in Tasmania.

(Images: Getty)
Copyright BestTrip.TV/Influence Entertainment Group Inc or Rights Holder. All rights reserved. You are welcome to share this material from this page, but it may not be published, broadcast, rewritten or redistributed.